The most successful women in leadership make a positive difference in the environment around them. Join women of Lumpkin County at the August Inspire Luncheon with guest speaker Carol Burrell, President and CEO of Northeast Georgia Health System.

Registration is required. NO WALK UP REGISTRATIONS WILL BE TAKEN AT THIS EVENT.

Carol H. Burrell has served as President and Chief Executive Officer of Northeast Georgia Health System since 2011.  During her tenure, she has led the Health System through an era of national recognition and unparalleled success.  Under Carol’s leadership, Northeast Georgia Medical Center (NGMC), the System’s flagship hospital in Gainesville, has garnered state and national acclaim including:
Carol’s leadership has been recognized on both a local and state level.  In 2018, she was a recipient of the Atlanta Business Chronicle’s Women Who Mean Business Award, which recognizes the most influential businesswomen from every industry and profession in metro Atlanta “who have made significant strides in their careers, have had an impact on their communities and are paving the road for future generations.”  In 2017, Georgia Trend magazine named her their Most Respected Business Leader and for six years in a row, have placed her on their list of 100 Most Influential Georgians.  Carol’s leadership is one of the many reasons NGHS was named one of Metro Atlanta’s Top Workplaces for seven consecutive years by the Atlanta Journal-Constitution and one of Atlanta’s Top 25 Employers by the Atlanta Business Chronicle.
Carol led the construction of NGMC Braselton – the state’s first new hospital in 20 years that wasn’t a replacement or a relocation – which opened in April 2015.  Her vision and leadership also helped NGHS acquire its third hospital, NGMC Barrow, in 2017.  In 2019, NGHS opened NGMC Lumpkin, after Chestatee Regional Hospital in Dahlonega closed; the system is currently planning a replacement facility to be located on Georgia Hwy 400.  The purchase of the failing rural hospital was an innovative collaboration with the Georgia Board of Regents in which NGHS sold the facility to the University System of Georgia for use by the University of North Georgia, while NGHS retains the Certificate of Needs to preserve the provision of sustainable health care in the Lumpkin County area, while extending the educational resources of the UNG campus.
Carol was born and raised in Carl, Ga.  She received her bachelor’s degree in Medical Technology from Georgia Southern University and Emory University, and she earned her master’s degree in Healthcare Administration from Central Michigan University.  She has more than 30 years of experience in a variety of clinical operations, in both for-profit and non-profit settings, and has been a member of NGHS’ senior management staff since 1999.
Carol currently serves as immediate past board chair for the Greater Hall Chamber of Commerce and is active in Gainesville Rotary, United Way and the Georgia Hospital Association.  She is also a member of the American College of Healthcare Executives and Vizient MidSouth.
A hallmark of Carol’s tenure at NGHS is the continuous improvement culture she established called “Quest for Excellence,” which empowers employees across the organization – from administrators to front line staff – to identify and implement ways to improve the quality of care for patients.  As the organization continues to grow, the NGHS Quest for Excellence ensures that employees never lose sight of adding value to the patient experience.  Drawing on lean principles from manufacturing, NGHS’ Quest for Excellence embraces Carol’s legacy mantra, “Be better tomorrow than you are today.”
Special Thanks to Our Sponsors:
PRESENTING SPONSOR 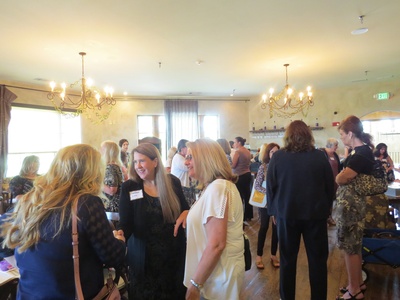 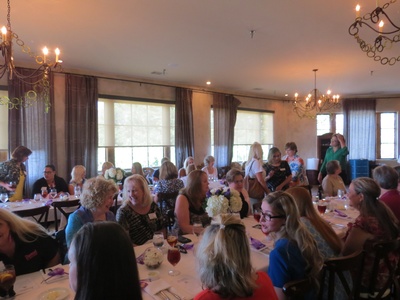 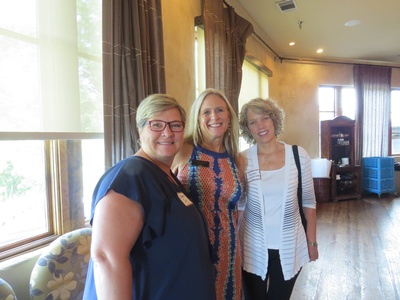 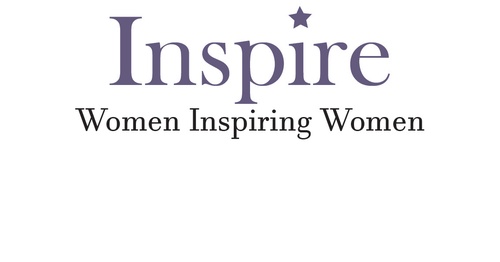 Lunch will be served promptly at 11:50 am